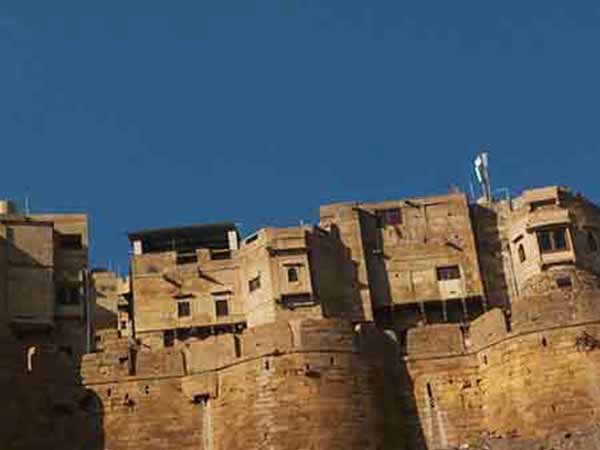 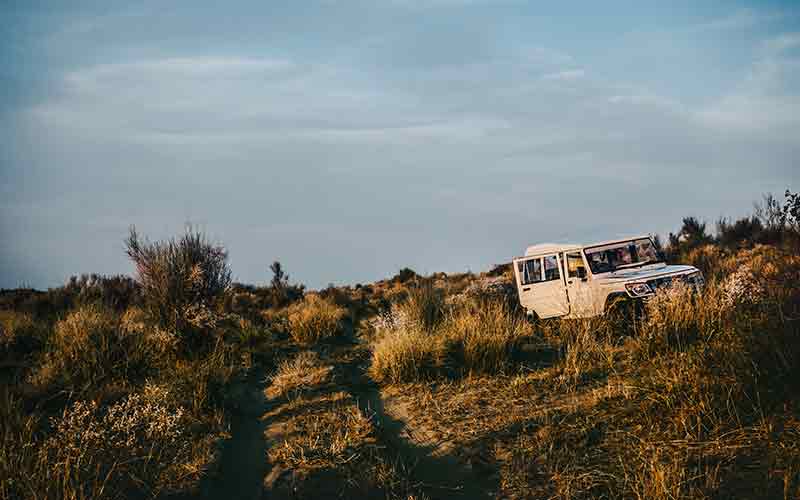 Jaisalmer is located in the North West part of the state of Rajasthan. It is about 575 km from Jaipur, the capital city of Rajasthan. It is located close the Pakistan border. The city is called the Golden City because of the beautiful and bounty dunes in the Thar Desert. Havelis, castles, lakes, and temples adorn the city and attract the tourists. The Jaisalmer Fort stands tall and provides a beautiful view of the city.

The Indian desert culture is clearly visible amongst the inhabitants who have been living since generations in the area close to the Jaisalmer Fort. The Fort has a palace and several Jain temples.

The city was built by Rawal Jaisal and the city has been named after him. It came into existence in the year 1156 AD. The architecture of the Fort is beautiful and yellow sandstone has been used to construct the same. In the present years, the fort glitters like gold in the night light and the name “Golden City” seems quite apt for the city.

It is the biggest and the largest district in the State and the third largest in the country. The Pakistan Border surrounds the city in the west and south-west. It is located 790 km away from Delhi. The climate is extreme here due to the proximity to the desert. Hot and arid climatic conditions prevail here. One can experience extreme temperatures during the night and the day. Winters are cold and the maximum rainfall is 209.5 mm.

Natural Gas was discovered in the area an 1988. The leather messenger bags made from camel skin in the area is quite popular. The road connectivity in Jaisalmer is very strong. Daily rail service between Jaipur and Jaisalmer is also available. Palace on Wheels, the luxury train service also covers Jaisalmer in its itinerary.

The Jain community enriches Jaisalmer. Several temples have been dedicated to the Jains and are much frequented by the people belonging to the community. Some of the rare manuscripts of Jain are found in the old libraries of the city.

The Desert Festival in the city is very popular and a much awaited event too. The event is famous for the camel races, Mr. Desert competitions, turban-tying competition, etc. The festival is a yearly affair and is held in the month of February. Dance and folk songs are also a part of merry-making during the event. Foreigners are also spotted in the event and they enjoy the Rajasthani culture depicted in the Festival. Gair and Fire dancers are also the major attractions there. Performing artists are found dancing Kalbelia too.

Several regional films have been shot in the area. Indian Desert culture is clearly visible in the city. Several hotels and resorts are a part of the city. The locals celebrate festivals like Holi, Diwali, Gangaur, Teej, Ekadashi, etc. The local shops in the region are found selling handicrafts and the local cuisine is easily found in the eating joints across the city. The bazaars of the area are very popular. Precious stone jewellery is easily found in the area. 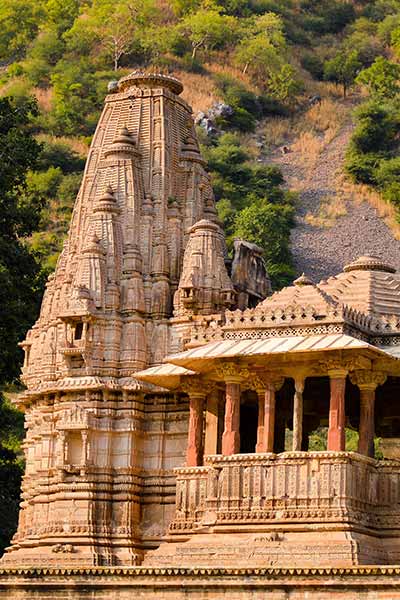 The city was founded by Raja Rawal Jaiswal of the Bhatti clan in the year 1156 AD. This was made the capital because the king was on the lookout for a safer place than Lodhruva. Later Jaisalmer enjoyed being a prime location here due to its location. The rout connected India with other countries like Egypt, Persia, and Africa. Allaudin Khilji sieged the area for eight long years. When it became evident that the kingdom could not be saved, the ladies in the kingdom committed Jauhar. It was finally occupied by the Bhattis in the 15th century. Then it was under British rule until Independence.

Jaisalmer Fort was built in 1156. It is located in Meru Hill. It has been named Trikoot Garh and has witnessed several battles. The sandstone used to construct the Fort is lion colour which changes and looks honey coloured after sunset. The night view of the Fort is magical. The locals are still living within the Fort. Raj Mahal, Jain Temples, and Laxminath Temple are located inside the Fort.

Several temples of Jain community are found here which are extremely popular. Paraswanath temple is the biggest amongst them. Other famous temples here are Rishadev, Kunthunath, Chandraprabhu, and Shantinath.

People love to explore the place and can visit places like Chhatris at Bada Bagh and Patwonji Ki Haveli. Desert safaris are very popular in the area and the tourists love to indulge in the same. Local markets should be visited by the tourists like Sonaron Ka Baas, Seema Gram, and Bhatia Bazaar and Sadar Bazaar. Ornamental and mirror products are very popular and easily found in the shops here.

October to March is the best time to visit the area. The summer months are extremely hot.

Both vegetarian and non-vegetarian food is found here. Tikkas and kebabs are quite popular and the vegetarian delights are always present there to satisfy the taste-buds of the tourists and the locals. Ker Sangri, Banon Aalo, Kadi Pakoda are some of the delights in the area.

Desert festival and Desert Safari are the major attractions in the city. The tourists also come to the city to witness the magic of the desert and spend time exploring the mystic place of Rajasthan.

Travelling to Jaisalmer? Plan with us!