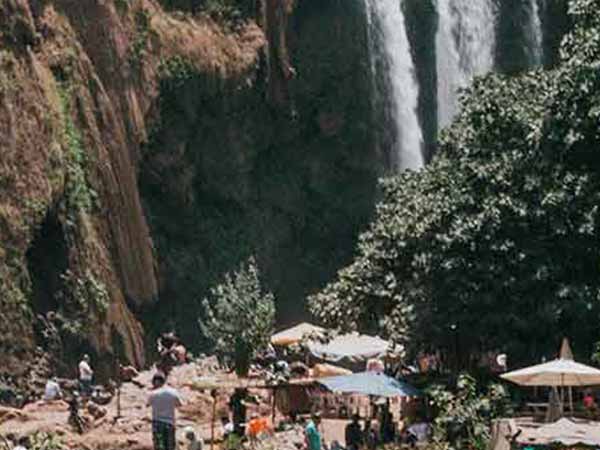 Witness the beauty of unspoilt nature

Witness the beauty of unspoilt nature 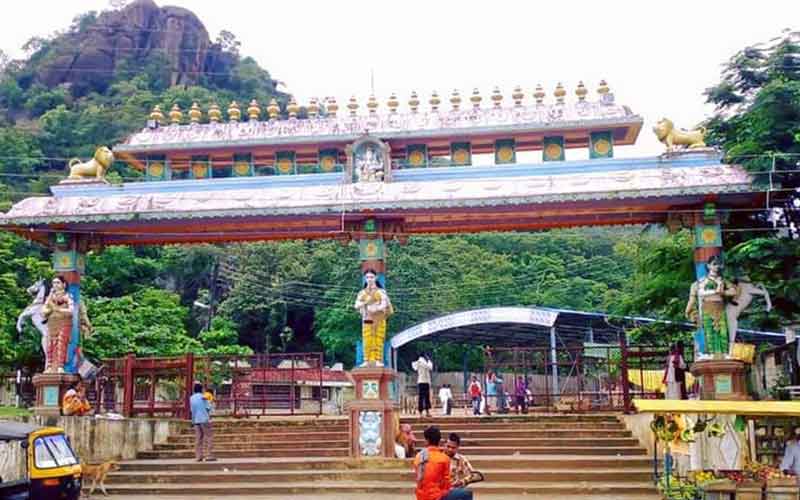 Would you love to travel to an off-beat destination in India? Plus, would you want to look at pristine wildlife, forested areas, and ancient architecture? Well, then Chhattisgarh is the obvious choice for you to plan your travel. You have a blend of art, culture, and untouched nature spots that can simply take you to the old-world charm. You find gushing waterfalls, monuments, deep caves, dense forests, and a rich variety of flora and fauna that can make your holiday here a mesmerizing one indeed.

Chhattisgarh is located across the East-Central part of India. The state borders MP in the North-West, Uttar Pradesh in the North, and Jharkhand in North-East, Maharashtra to the South-West, and Andhra Pradesh or Telangana to the south. Come on, lets us unveil the lovely aspects the place has to offer.

Best time to visit the place

As Chhattisgarh is in the Central part of India, the climate can be too hot during the summers. Winters are mild and pleasant out here. Let us decide when to plan a visit here based on the weather chart.

Summers are the hottest. Chhattisgarh is situated closer to the Tropic of Cancer. Hence, you find a climate that is humid and tropical. The higher temperatures reach a staggering 45 degrees Celsius and can even reach 49 degrees Celsius. If you are fond of animals, then summers are the best time to visit Chhattisgarh. Many animals visit waterholes to sip water. Hence, you can find animals coming out of their holes in forests or wildlife sanctuaries.

The monsoons are heavy during monsoons. The rainfall is heavy to moderate. You receive about 50 inches worth of rainfall a year. The monsoon season starts in the month of July, while it ends by October. The torrential rains give the much-needed respite from the scorching summers. The temperature varies between 30 and 35 degrees Celsius. The rivers may flood. Plus, connectivity to hilly or forested areas may get disrupted. So, this is not an ideal time for tourists, to visit the state of Chhattisgarh.

The Winter season is the best time of the year to visit the tourist hubs of Chhattisgarh. You have this season starting November ending February. The cooler temperatures and the clear weather make it great for tourists to explore the place, as such. As you have different geographical domains that vary in altitude, temperatures can vary between 25 and zero degrees Celsius. At high-altitude zones, the temperatures can dip to as low as zero degrees Celsius. Tourists must check the weather patterns and wind fluctuations before heading to popular touring destinations.

Based on this weather chart, it is deduced that the winter months spanning November and February, is the best time to visit Chhattisgarh.

The Barnawapara wildlife sanctuary is a sprawling wildlife hub that extends to 275 square kilometers. The wildlife sanctuary is a hub to Neelgai, wild boars, tigers, leopards, porcupine, cheetah, pythons, antelopes, sambhar, and Cheetal. You also find around 150 varieties of birds in and around the vicinity. The wildlife hub is a part of a tropical deciduous forest. You also find lush greenery and vegetation to add to the fresh vibes. The mesmerizing flora and fauna, the wildlife hub offers you, can be a visual treat for your senses.

Raipur is the capital city covering the state of Chhattisgarh. This is the largest city in the state. Raipur is known for its share of steel mills. In fact, you have 6 completely equipped steel plants that provide steel to industries across the country. The industrially developed city of Raipur is also home to aluminum and coal. Apart from industries, the city is also famous for its share of lakes, temples, and educational hubs indeed.

The Naya Raipur is an industrial town that is situated at a distance of 17 km from Raipur itself. The Swami Vivekananda International airport is situated midway between Raipur and Naya Raipur. You have several natural hub spots in easy proximity to the capital city of Chhattisgarh. These include Barnawapara wildlife sanctuary, Kanha National Park, Dandak caves, Bilaspur, Chitrakoot falls, etc.

Jagdalpur is a city that offers bountiful nature spots for you to drool over. This beautiful city is situated in the district named Bastar in Chhattisgarh. You have natural spots that remain untouched. These include gushing waterfalls, lakes, and forests. The virgin beauty, nature offers to Jagdalpur, is something that cannot be described by words. It is an emerging tourist hub in and around Chhattisgarh. So, if you want to discover nature at its best and have warm excursion trips with family and friends, head out to this place.

Charre Marre is a beautiful spot for vacationers and touring dwellers out there. The picturesque beauty the place offers can be a rejuvenating feel for the mind and soul. You find gushing waterfalls and the slivering waters fall to the ground from a whopping 16 meters indeed. The sight is a visually pleasing one indeed. The pristine presence of the Jogidhara River is what makes the bubbly waterfalls bloom. You also find a small lake at the bottom of the waterfalls. You can dip your feet into it. Hence, this is a wonderful spot where you can spend time with your family and friends.

This is a fascinating hill station in and around Chhattisgarh. You have picturesque green pastures, deep valleys, and breathtaking views to indulge in, while you sit on the lap of Mother Nature. The breathtaking waterfalls and dense forests are spots where your senses get revitalized. Plus, the hill station offers some of the fabulous rivulets that remain untouched. Mainpat is in fact named the ‘Shimla of Chhattisgarh’ owing to its hilly verdant areas and eye-catching beauty.

Do you want to explore a beautiful island in and around Chhattisgarh? Then, Madku Dweep is the tourist spot you must be looking at. This is a wonderful island surrounding a silent river namely Shivnath. The fabulous island takes the shape of a frog. Hence, it has been named Madku. They are spreads 24 hectares and are full of greenery.

You have numerous ancient temples dotting the island. These include temples dedicated to the worship of Lord Shiva, Ganesha, Nandi, Shiv-Parvati, and other gods and goddesses. You have ancient stone excavations and archeological monuments too, surrounding the Madku Dweep.

Bhilai is another sprawling and industrially developed city just like Raipur. The city is located 25 km from the capital city of Chhattisgarh. You have the world-famous Bhilai steel plant that deserves a mention indeed. The Bhilai Steel Plant, also called SAIL is known to be one of the largest steel plants in India. The planned city is situated in the Durg district of Chhattisgarh. The city connects tourist hubs too and offers pleasant weather during winters.

These are some of the most popular tourist destinations in and around Chhattisgarh. While you have so much more to explore apart from the ones mentioned here.

The cuisine of Chhattisgarh is known for its unique flavors indeed. You have spicy, tangy, and tasty delicacies out here. The crispy and tasty jalebis are sold across the nook and corner of Chhattisgarh. You have a zesty rakhia bedi and traditionally prepared pedas. Maize, wheat, and jowar are the primary staples or ingredients with which food is prepared here. Popular delicacies are also prepared using channa dals here. The foodie delicacies specific to Chhattisgarh include Minjhra Bedi, Sabudhana khichdi, Chech bhaji, Kohda, Lal bhaji, Borri Bassi, farra, chausella, bhoha bhaji, arsa, and papchi. Barfis and lassi are equally popular at places covering Chhattisgarh.

For shopping, you can quite a number of places where you buy products from. At Raipur and Bhilai, you have local textile mills aplenty. Hence, you can shop for apparel and textiles. At hill stations and wildlife hubs, you find shops selling artifacts made from bamboo, cane, and wood. You have products made from metal and stone too. Stonework mirrors are must-buy souvenirs in and around Chhattisgarh. You also get ornaments made from gold, silver, and foil.

Best things to do

You can shop at your heart’s content. Or go to the Chitrakote waterfalls. You can do birdwatching at Barnawapara Wildlife Park. You can go for a paddle drive across Madku Dweep. Plus, you can also visit age-old temples and have a look at the marvelous architecture surrounding the place.

These are some of the most verdant aspects, the city of Chhattisgarh offers to tourists, in a nutshell. So, haven’t you packed your bags yet?

Travelling to Chhattisgarh? Plan with us!