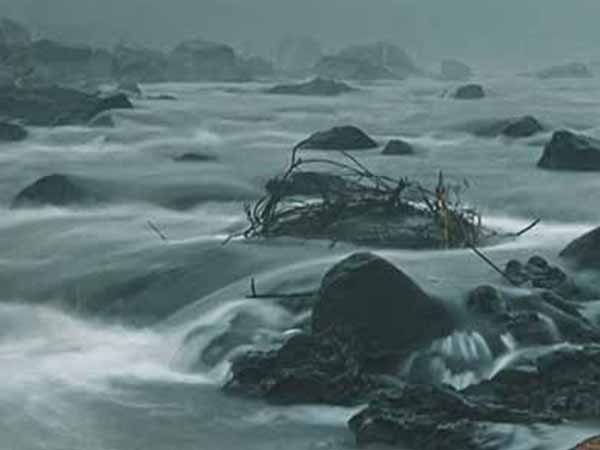 The Rice Bowl of India

The Rice Bowl of India 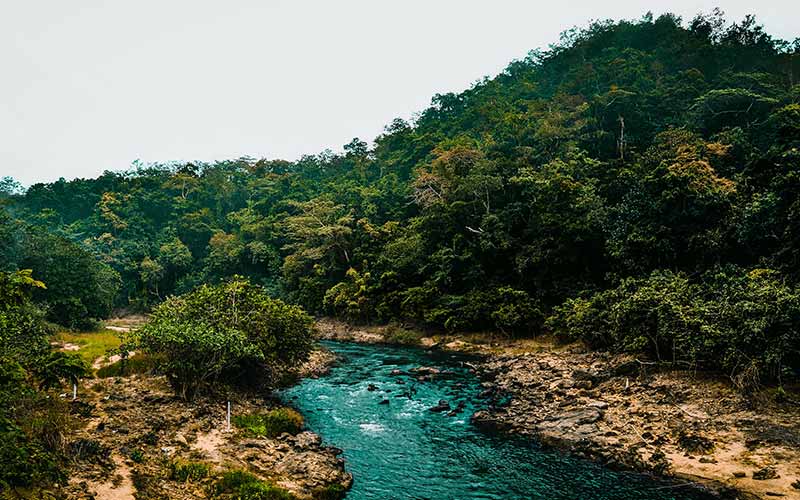 You have the state of Andhra Pradesh tucked in between two beautiful rivers. Namely the Krishna and the Godavari. You have the mighty Bay of Bengal to its west. Alongside, you have a palatial coastline that is one of the longest corridors across the world. The seaside coastline extends to a whopping 972 kms indeed. The beauty of the state is so vivid and mesmerizing that it is aptly named ‘The Kohinoor jewel state of the Nation’.

You have the world-famous Tirupati temple. Millions of devotees throng the temple all through the year. You have the temple dedicated to the worship of Lord Venkateshwara. Srisailam Mallikarjuneshwar temple is also a beautiful pilgrim hub spot that attracts 1000 s of devotees every single year. The Shiva temple is known for its enigmatic architecture indeed. This is one of the 12 jyotirlinga shrines the nation proudly showcases. You have authentic and spicy food, great architecture coupled with warm and friendly people. Come on, lets us discover the most intricate aspects covering the jewel state ‘Andhra Pradesh’.

Best time to visit the place

You can have an overall look at the weather chart. This way, you deduce the best time to visit the state of Andhra Pradesh. Here we have the temperature belt for you across seasons.

You have the typical monsoon arriving at Andhra Pradesh during the month of June. The monsoon weather starts in June and stays on until September. The weather fluctuates between 25 and 35 degrees Celsius. Although the torrential downpours can bring respite relief from the sweltering summers, the weather can be humid post the rains. This is mainly because AP is located on the coastal belt of the Bay of Bengal. Evenings can be relatively cool and pleasant. Hill stations can be great ones, tourists can get hands-on too. The misty weather adds to the beauty of the place indeed. For enjoying the enigmatic weather during the monsoons, head to Nellore and Kurnool.

The winter season at Andhra Pradesh kick starts by October mid and goes on until February. The weather is cool and really awesome at this point in time. You can visit splendor temples that are carved using unique architecture. You can visit parks and cosmopolitan hubs plus do shopping to your heart’s content indeed. You also have winter festivals and fairs aplenty while you tour Andhra Pradesh during the winter months. You have the Makara Sankranti or Pongal that is celebrated across the state during the month of January. You have the festival of Lumbini that is celebrated during the month of December. Deccan Festival, Maha Shivratri, and Ugadi are celebrated during the months of February and March.

Hence, the winter months between October and February is the best time of the year to visit the state of Andhra Pradesh.

Visakhapatnam is one of the oldest coastal cities, the state of AP boasts about. You can shorten the name of the place to Vizag. This is a city that is situated at the heart of Andhra Pradesh indeed. The city is known for its vast expanse of beaches coupled with a serene landscape too. Vizag is dotted with a number of picturesque beaches and Yarada Beach deserves a special mention indeed.

This beach is surrounded by mystical hills on all its three sides while you discover the mighty Bay of Bengal at the fourth one. The Borra caves are over a thousand years old and the biggest among caves found in India. The Borra caves are nestled at the Ananthagiri hills in the Araku Valley. The caves are known for their rustic beauty indeed while the rocks are primarily made from limestone. Other attractions include the Katiki waterfalls, wooden artifact stores, and restaurants that serve you authentic cuisines.

Tirupati is situated in the Chittor district of Andhra Pradesh. This is the city-town wherein the world-famous Lord Venkateshwara temple is situated in. Also known as the land of seven hills, it is the Tirumala wherein the major temple is located in. You have the deity cast in pure 24-carat gold. Devotees from across the globe throng to the temple to take the blessings of the almighty.

Amaravati is the capital city of Andhra Pradesh. This is a planned city-hub that is strategically located across the banks of River Krishna. The city is famous for its Buddhist stupa wherein one discovers a semi-hemispherical structure of Lord Buddha. The pilgrim hub is known for its enigmatic relics indeed. The city is situated 32 km from Guntur. This is the place known for its share of pilgrim centers and sight-seeing hubs too. The Amaravati temple, the Amaravati museum, and the Buddha Dyana Center are places of tourist interest out here.

The Araku Valley is regarded as one of the most picturesque hill stations that is located in the state of Andhra. This hill station is situated at a distance of 120 km from Vizag. Known for its natural and pristine beauty, this place is a must-visit one especially when you plan to visit Andhra Pradesh. The hill-town gives you a beautiful glimpse of Eastern Ghats.

You find towering mountains and a pristine natural beauty wherever you glimpse into. From Vizag, you can take a picturesque toy-train ride that takes you through 58 mystical tunnels and passing via 84 bridges to reach the Araku Valley that is situated right there at the top. The five-hour ride can be a breathtaking experience indeed. This is a hill station that has vast expanses of coffee plantations. The Museum of Tribal Arts and coffee producing centers are hubs worth paying a visit to.

On one hand, you see ancient architecture that stands full-length while at the other end of the spectrum you find the modern city with all its cosmopolitan elements tucked intact. Bhavani Island, Rajiv Gandhi Park, Victoria Museum, Hazratbal Mosque, and river canals are famous spots of tourist attractions. Plus, you can visit nearby attractions like the Undavalli Caves, Kondapalli Fort, etc. within easier reach from here.

Guntur is known for its massive chilly market yard. This is one of the biggest across Asia. The place is situated within a distance of 370 km from the newly coined capital city of Andhra Pradesh- Amaravati. You also find textile mills aplenty out here. You have Nagargunakonda which is a famous pilgrimage hub for Buddhists. The Nagarjunasagar dam, Mangalagiri, and Kotappakonda are places of tourist interest in Guntur.

Chittoor is a wonderful place known for its scenic beauty indeed. You find scenic landscapes, cascading waterfalls, and a beautiful hill station located right here. You have mango groves aplenty which give visitors a luscious share of mangoes. You get a quick escape from the hectic city-based life while you arrive at Chittoor.

Nellore is the land of paddy fields indeed. This is a beautiful city in Andhra that is known for its picturesque and stunning landscapes. The city lies on the banks of the major River namely the Penna. Rice fields and sugarcane fields are found wherever you glimpse into. The city is a major exporter of rice, sugarcane, fish, shrimps, etc. Ramalingeshwara temple, Ranganatha temple, and Mypadu beach are famous tourist attractions in and around the city of Nellore.

This is one of the biggest and most bustling cities of Andhra Pradesh. The city is ideally located on the banks of River Godavari. Rajahmundry is the cultural capital of Andhra Pradesh. It is believed that it is in this city the language Telugu was born. Godavari Bridge, Sri Virbhadra Swamy temple, textile mills, and ISKON temple are famous tourist attractions here in the city.

You have the Kurnool wildlife sanctuary, Manthralayam, Puttaparthi, and various other places of religious and cultural interest within the state of Andhra Pradesh.

The cuisine here in Andhra Pradesh is known for its usage of exotic spices indeed. Andhra food is synonymous with spicy food. Yet you have Chandrakala, Holige, and other sweets prepared at households for religious functions and for wedding events too. Rasam, Pappu rice (Rice mixed with dal and ghee), Hyderabadi biriyani, Gonkura chutney, and Semiya Payasam are typical cuisines of Andhra Pradesh. Vepudu is a spicy condiment of diced and fried veggies. Andhra people use a variety of spices, ghee, and oil while preparing food.

You can shop for terracotta, wooden bangles, nose studs, handbags, and apparel at the pocket-friendly price range. Stores sell artifacts too.

Best things to do

You can view exotic sunrises and sunsets at Yarada Beach in Vizag. You can do a temple visit to Tirupati and have a rich glimpse into how the temple has been built. You can do trekking and mountain climbing at the Araku Valley. You can view the lighthouse at Vijayawada. Likewise, you have numerous things to do here at Andhra Pradesh.

The state of Andhra Pradesh is the perfect amalgamation of culture and heritage, and tourists get to visit pristine and scenic beaches spread across its coastline. Visit the state today to experience the best of everything.

Visit the land known for its ancient and rich culture

Travelling to Andhra Pradesh? Plan with us!