Uttarakhand also was known as “Devbhoomi” (Land of Gods) for the religious destinations found here. The state stands under the shadow and protection of Himalayas and bordered by Nepal in the north. It has a total of 13 districts and divided into two regions Garhwal and Kumaon. Uttarakhand attracts a high number of tourists and religious people every year. Being close to the Himalayas, the northern part of the country becomes pretty cold in winters and the tourism takes a hit. And yet there are places in Uttarakhand that become more majestic, more serene and more breathtaking in winter than ever. They have that wow moment the tourists always look for.

In the Garhwal region and the Chamoli district, Auli is known for the winter sports and hosted the first SAF winter games in 2011. Tourists flock here for skiing and other adventure activities with the conditions being compared to that of the international level by many foreigners. Auli is actually called as “Bugyal” which is meadow in common language. The meadows turn to white sheets of snow in winter for the tourists to enjoy. Auli also has good accommodation facilities along with a nearby town Joshimath.

From Jan to March Auli becomes highly ideal for skiing with the deodar and the oak trees reducing the wind speed and helping the skiers here. The dawn as seen from Nanda Devi, the clear night sky with the snow drifting and the cold breeze hitting you in the face is all you would remember for the rest of life. 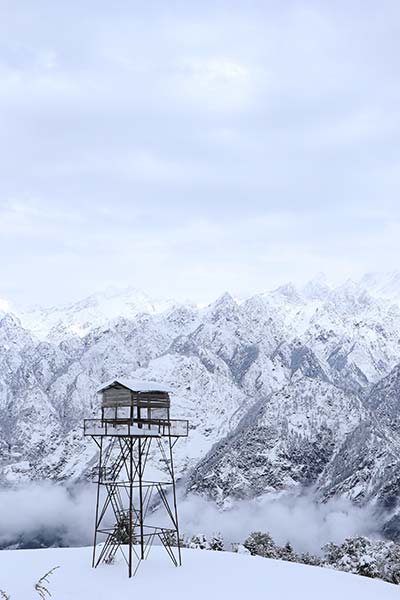 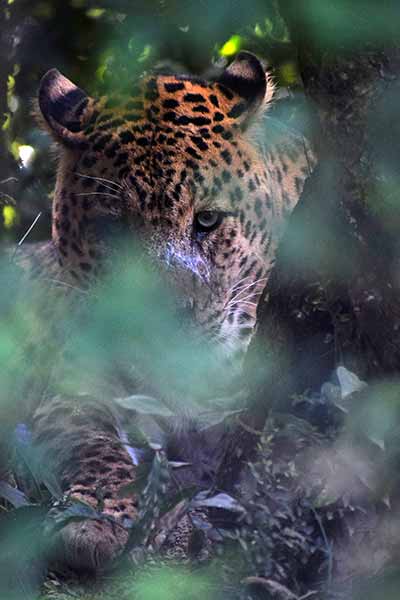 Whether you are a fan of wildlife or not, this is the place to be in winters. Take a safari to the forest and enjoy the wildlife and the greenery. With more than 488 different species of flora and 586 species of fauna, Corbett national park attracts the most number of tourists for any national park.

The park is split into zones and with each zone gaining name for itself. Dhikala is famous for its grasslands and is the largest of the zones while Sonanadi and Durgadevi are known for Jeep tourists whereas Jhirna is known for bird watching and nature enthusiasts.

The park remains closed from June to September and tourism is restricted to certain parts of the park only. Herds of elephants in summers, leopard, spotted dears and many more can be abundantly seen here. You can also opt for a walking safari instead of a Jeep safari to enjoy the park.

Between the Himalayas in the northeast and the Doon valley and the Shiwalik ranges in south lie Dehradun and Mussoorie. Both the hill stations are known for their charm, snow-capped mountains, and their vast greenery. Separated by 35 km from each other, the cities are an ideal getaway from tourists even in winters. Enjoy the mist, the falls, and the snow while here.

Both the cities have a good old connection with history and you will find some really fascinating things that have happened here in past.

Munisyari is a beautiful skiing destination in Kumayun region of Uttarakhand. In summers, it has good greenery everywhere and in winters it is completely covered in snow. An ideal destination for honeymooners and couples, Munsiyari has all the peace you might be looking for in a destination.

Nainital is one of the most visited places to visit in winters and enjoy the snow. It's mesmerizing lake and the falling snow make a perfect view for the tourists. Heavily commercialization has spoilt the view a bit but then nature makes up for it.

For snow lovers, Uttarakhand is one of the top places to be in winters and enjoy nature. The greenery of the summers is covered in snow and the valley suddenly changes its outlook. The list of places to visit in Uttarakhand in winters is pretty long but these 5 places top it.

Comments on Places to visit in Uttarakhand in winters