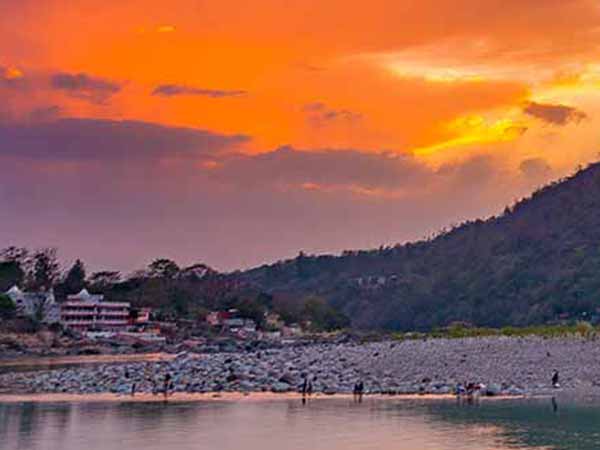 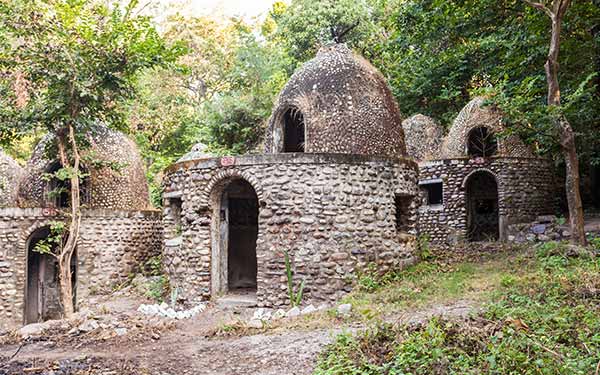 Uttarakhand is an idyllic haven nestled on the lap of the mighty Himalayas. With its stunning landscapes, it continues to top the charts when it comes to holiday destinations across North India. Pretty looking hill-stations, winding mountain trails, crystal clear waterfalls, and snow-capped peaks enthrall the vacationing crowds to the hilt. The mighty rivers continue to take your gaze away.

Famous spots like Jim Corbett Tiger Reserve, Asan Wetland Conservation Reserve, Valley of Flowers and Nanda Devi Biosphere are hot hub spots the entire Uttarakhand can boast off. The cascading silver waters slope down the hills that are camouflaged with beautiful lakes. What a place does Uttarakhand bring to you!

Uttarakhand is a region that is also known as Uttaranchal. The region is also fondly referred to as Devabhumi. Meaning, the land of Gods. This is a state abode to numerous Hindu temples and pilgrim centers of the country. Bordering Tibet of China to the North and Sudurpashchim Pradesh of Nepal to the East, Uttar Pradesh to the south and Himachal Pradesh to the west or north-west.

Dehradun is the capital city of Uttarakhand. If you look at the overall length and breadth of the region, it simply is a picturesque one. More than 65% of the state is covered with dense, green forests. Two renowned rivers of Indian origin flow via the glaciers of Uttarakhand. These are the Ganges via Gangotri and Yamuna via Yamunotri. The water is fed sumptuously to these rivers via glacial melts, lakes, and streams. Moist deciduous, coniferous trees, tall pine trees, and Himalayan broadleaf forests contribute to the green cover of the region.

Summers are experienced during the months of April, May, and June. The temperatures reach a soaring 40 degree Celsius at places like Haridwar or Rishikesh. The minimum temperatures measure 25 degree Celsius. Rainfall is received during June, July, and August. Landslides occur during typical rainfall season.

September and October are warm, pleasant, and dry. Maximum temperatures measure 30 degree Celsius while minimum dips to 18 or 15 degrees. Winters can be extremely cold. These are November, December, January, and February. Sub-zero temperatures or frigid temperatures are reached at higher altitude areas. March and April constitute the blossoming spring season.

Culture is just a unique composition of languages spoken, rituals, lifestyle, beliefs, and attitudes of the people. You can find a vibrant, rich, and kaleidoscopic elements of culture at Uttarakhand. Desi art forms and music drive the localities to an all-time high. Popular folk dance forms are Langvir Nritya, Jaunsar-Bawar, Hurka Baul, Jhora Chanchri, Thadya, Pandav and Chholiya. Folk music forms include those of Mangal, Basanti, Khuder, and Chhopati.

Legendary myths blend around the seasons and terrain of the Himalayas. Ganga Aratis are performed in great valor across the holy cities of Haridwar and Rishikesh. The Aratis are performed during the evenings on the banks of the River Ganga. The world-famous Kumbh Mela event is organized once in 12 years across the mighty state of Uttarakhand. Pilgrims also take part in Nanda Devi Raj Jaat and Kailash Manasarovar Yatra.

80% of Uttarakhand residents are Hindus. Christians, Muslims, Sikhs, and Jains make up the remaining population of the diverse region. Hindi, Garhwali, Sanskri, and English are languages that are spoken in a wide-spread manner. Ganga Dashahara, Vasant Panchami, Shivrathri, Makar Sankranti, Vat Savitri, and Phul Dei are the major festivals that are celebrated with pomp and splendor across Uttarakhand. 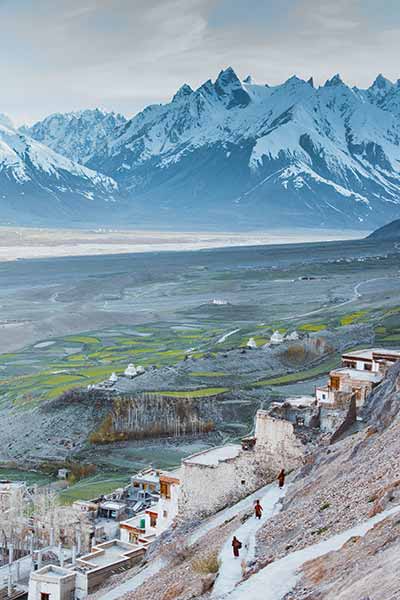 Uttarakhand has a deep-rooted History dating to the early Vedic era. Which is around 1500 BCE. You can discover rock paintings, Paleolithic stone tools, and archeological evidences that the mountains were inhabited during the pre-historic times. The Pauravas, Nandas, Mauryans, Guptas, Katyuris, Palas, Panwara and British have ruled the majestic state of Uttarakhand by taking turns. It is believed that sage Vyasa had written the Hindu epic Mahabharata in the state. Hinduism was also restored in this part of India mainly due to the frequent visits of Sri Adhi Shankaracharya.

You will be quite surprised to learn that it was Garwal and Kumaon, which were the major dynasties. These were the Kunindas that had ruled the state of Uttarakhand during the 2nd Century BCE. They followed pure vegetarianism and traded salt with the Western Tibet. It was followed by the rule of Buddhism. Between the 4th and 14 Century, it was the Katyuri dynasty that ruled the lands. The famous Jagheswar temple was built by the Katyuris. During the medieval period, the province was clearly bifurcated as Garwal Kingdom in the West and Kumaon Kingdom in the East.

The modern-day Garwal was unified and ruled by Parmars. Along with them, the Brahmins and Rajputs had also arrived from the Indo-Gangetic plains. In 1791, the Gorkha community of Nepal had ruled the Kumaon dynasty. In 1803, the Garwal region was also taken rule by the Gurkha community of Nepal. After the Anglo-Nepalese war, the provinces were handed over to the British. Post-Independence, Uttarakhand merged into Uttar Pradesh still comprising of Garwal and Kumaon provinces.

Owing to the calm and cool weather of Western Himalayas, the haven is a great place among vacationers. Apart from Desi visitors, the foreign tourists too love frequenting this part of India. Owing to the myriad of topographies, ecology, pilgrimage spots, etc.

You can visit a popular hill town destination named Mussourie. This is situated at the heart of Uttarakhand. Here you can experience the charming beauty of the mountains. Then, you can try visiting the capital city of Uttarakhand, which is Dehradun. You get a beautiful view of Himalayan ranges with River Ganges flowing on either side of the City.

If you want to explore the beautiful lakes of the country, visiting Nainital must be on the top list agenda of your travel itinerary. You have Naini Lake on one side and is surrounded by mountains on the other three sides. Bhimtal Lake, Tiffin point and Nainital zoo are the famous attractions of this hill top destination.

Rishikesh and Haridwar are religious destinations of Uttarakhand. To have a detailed view of the spiritual cities, take up a Char Dham Yatra. It covers Gangotri, Yamunotri, Badrinath, and Kedarnath. The trip enroutes Haridwar and Rishikesh.

Auli, Binsar, Valley of Flowers, Nanda Devi Peak, Chamoli, Jim Corbett wildlife sanctuary are other attractive places while you tour the state of Uttarakhand. Each place connotes a beauty of its own.

You get a proper vegetarian Thali in and around hotels located across Uttarakhand. Dal, chawal, sabzi, poori, and rotis form the staple food of the region. The cuisine delicacies are high on the nutritional value. Til laddus and Madhua rotis are preferred during the biting winters. While people prefer having Dubkas with Chholia rotis for summers.

Stuffed Gahat Parathas, GahatBadi or Koftas, Uradkepakhore, Bhangjeera ki chutney, Dum Aloo, a gravy dish named Phaanu and MeetaRas are the desi delicacies you can enjoy across the Garwal province.

In the constant endeavor of maintaining the natural eco-system, Uttarakhand is home to numerous parks, wild-life sanctuaries, and nature-driven spots. Travelers across the world flock to this place for a mind-blowing vacationing experience. Bird cruising, trekking, paragliding, white water rafting across Ganges and Bungee jumping are activities for the adventure seekers. Missourie, Nainital, Auli, and Binsar Valley provide great vistas for nature lovers to explore. You can wake up with the chirruping sounds of the birds and take nature walks to view the natural beauty at its best. Haridwar and Rishikesh are pilgrim spots with age-old temples, yoga/ meditation halls, and homestay facilities. Like-wise Uttarakhand offers itself as a dream destination for people from all walks of life. 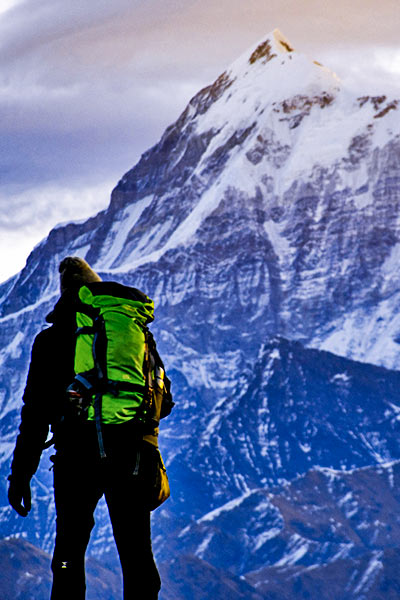 A dramatic landscape covered with rivers and holy peaks

Must visit cities in Uttarakhand

Travelling to Uttarakhand? Plan with us!

Users views on What are Core Web Vitals? Why is it Important?