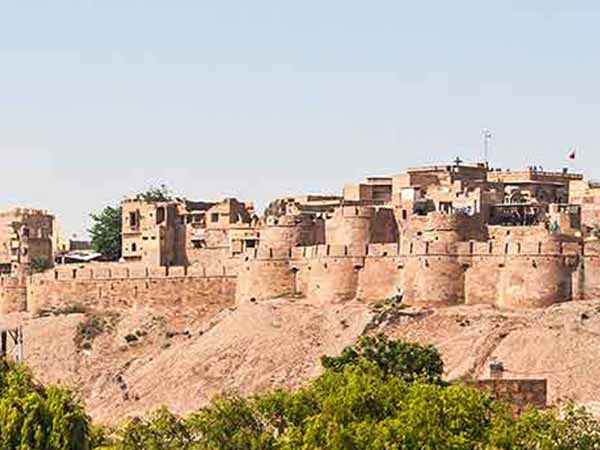 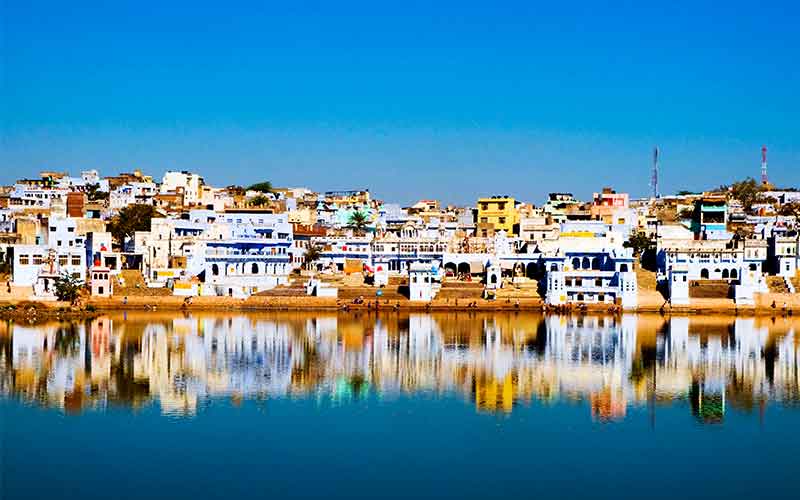 Explore the yesteryear world of ancient India. Relive with kings staying at the courtyard, ride on elephants the way kings rode on majestically. This is what we have in the name of Rajasthan. You are also invited to taste the rich culinary delights and palatial desserts the state has to offer. Jeep riding or bike bashing across sand-dues, paragliding, hot-air ballooning, gazing at water fountains at Udaipur. You have numerous holidaying activities that you can count upon.
Let us look into the deeper insights into what Rajasthan has got to offer you.

Rajasthan, as already stated on the introductory paragraph, is also connoted as the ‘Land of the kings.’ This is a state that covers an overall land-area of 342,239 square kilometers. This is a whopping 11% of the total geographical area of the entire nation. The state is the largest in India and also shares its borders with our neighboring nation, Pakistan.

The region is strategically located on the western edge of India. The mighty Thar Desert and the Aravalli range run through the state from south-west to north-east, each separated by a massive 850 kilometers apart. Mount Abu is one of the cooler hill-stations across the state of Rajasthan. This lies across the south-western end of the range. You have West Banas River and ridges of Haryana leading you into the outskirts of Delhi.

Udaipur, Bikaner, Jaisalmer, and Jodhpur are some of the major cities that lie in Rajasthan. The Great Thar Desert or Rajasthan desert lies on the state of Rajasthan where you find huge stretches of sand-area running through. Camel drives are therefore very popular across Rajasthan. You find a typical desert climate through the region.

Summers can be scorching hot, starting April up until July. In most parts of Rajasthan, the temperatures rise to 45 or 46 degree Celsius through the day. The burning temperatures can sometimes even hit a massive 50 degree Celsius. Heat strokes are commonly felt by people who venture out into the hot sun.

The region receives less than 400 mm of rain annually during the monsoons. July and August are monsoon months. September and October are usually warm and dry. Winters start in November with November, December, and January are extremely cold months of Rajasthan. Minimum temperatures drop to 6 degree Celsius during this part of the year. The day-time temperatures can go up to 24 degree Celsius. Winter season is the ideal time for visiting Rajasthan.

Rajasthan has a rich cultural ambiance that reflects India in a magnificent manner. The ‘Palace on Wheels’ is a luxurious way taking its fleet of foreign tourists via major cities of Rajasthan like Bikaner, Udaipur, Jaisalmer, Rajasthan Desert, etc. You also find an aesthetic culture in the form of folk. Neighboring villages in and around Rajasthan contribute to the folk culture in a magnanimous manner.

Hindi is the official language of the state followed by Urdu, Punjabi, Marwari, and Rajasthani. Hinduism is the main religion of Rajasthan. Rajputs and Brahmins occupy most parts of Jaisalmer. Festivals like Deepavali, Holi, Janmashtami, Teej, Shree Devnarayan Jayanti, Makara Sankranti, and Lohri are festivals that are celebrated with vigor and enthusiasm all through the state.

Rajasthani folk dances and music soothe hearts of foreign tourists or desi vacationers even today. The Ghoomar dance, Kalbeliya, Bhopa, Chang, Teratali, and Tejaji are popular music and folk dancing styles that add an aura to the cultural heritage of Rajasthan. Colorful fabric forms like Zari embroidery, Bagaru prints, and Sanganer prints are famous across the state of Rajasthan. Artifacts and mirror-work clothes are popularly designed by local artisans out here. Artificial jewelry like Kundan necklaces or jhumkas are popular Rajasthani styled jewel-sets.

The ancient Rajasthan came up with its rich cultural heritage through the Vedic Civilization. Then philosophies were unfolded during the Indus Valley Civilization too. The Kalibangan in Hanumangarh district was one of the major provincial capitals of the Indus Valley Civilization. The emergence of the Harappan civilization is evident with an archeological excavation found at the Balathal site in Udaipur. This way, the state of Rajasthan was known to the world between 3000 and 1500 BC.

Early and medieval Rajasthan comprised of Rajputs, Gurjars, Meenas, Jats, Rajpurohits, Yadavs, Bishnois, Meghwals and so on. These communities and local tribes have done so much to add prosperity to the state of Rajasthan. Prithviraj Chauhan was the emperor who defeated Muhammad Ghori during the 1st battle of Tarain. It was held during the year 1191.

In 1192 CE, Muhammad Ghori defeated Prithviraj Chauhan during the Second Battle of Tarain. That was how the empire of Rajasthan came under the invasion of Muslim rule. Then Mewars and mighty Rajputi soldiers fought their way back to take Rajasthan out from the clutches of Islamic rule. This happened during the start of the 13th Century. Hem Chandra Vikramaditya was a Hindu emperor who was born in the year 1501. He has fought close to 22 battles to end the Mughal rule or Delhi Sultanate rule of the state. He finally died in 1556 while fighting against the Mughals at the 2nd Battle of Panipat.

MaharanaPratap became the celebrated warrior of Rajasthan. Akbar, Jahangir, Aurangzeb, Bahadur Shah I and several other successors from the Mughal Empire tried to invade the rich and vibrant state of Rajasthan. We finally came under the British East India Company’s rule in 1758. India had received Independence on 15th of August 1947. Rajasthan was then given complete sovereignty of statehood in India.

Rajasthan is the Land of the Kingdoms. You have rich palaces, fortresses, caves, tangentially constructed temples, and lot many that are worth paying a visit to. Jaisalmer is the city that holds top-notch attractions within the state of Rajasthan. Within Jaisalmer, you can view several aspects of life and nature. Explore Jaisalmer Fort. It is the biggest living lime-stone fort of today’s era. More than 3000 families live here till date. The vast sands of the desert, homestay facilities, and adventure activities fill the city to make it a vacationer’s paradise. The next trip on the itinerary is Jaipur.

Ranthambore Palace is also worth exploring. Then you can head to Bikaner. It is a land of sweets. The Bikaner burfi is a huge one-piece dessert and delectably tasty too. You can view the water fountains at the Udaipur Lake. These are some of the must-visit hub spots within the rich and cultural state of Rajasthan.

Daal baatichurma is a favorite snack and a delicacy enjoyed by localites as well as tourists visiting the state. You have a deep-fried stuffed patty which is called the baati. You have mashed dal and a sweet-sour churma with ghee on top. It is delectably tasty and marks the signature dish of Rajasthan across the globe.

Aloo Bhujia is potato flakes that make up for a tasty snack with tea. Malpua, Bikaner burfi, and kheer are desserts Rajasthani locales love to make during festive occasions. Bajre ki roti are flatbread made from a kind of millet namely Bajra.

You have a ton of vacation activities lined up for you while you tour the state of Rajasthan. You can have a stylish home-stay or camp stay done at one of the posh camping tents of Jaisalmer. Viewing star gazed evenings and having a typical Rajasthani thali can top the attraction. Camel rides, jeep bashing, listening to jugalbandi or witnessing the folk dances of Rajasthan are packaged attractions added as a part of the stay itself. You can take a beautiful boating drive across the magnanimous lake of Rajasthan known as the Udaipur Lake. It is known for its serenity and symbolizes romance between newly-weds. Elephant riding is also a famous sport in Rajasthan.

Visit the mightly and the royal state of Rajasthan to witness the grandeur and learn about its history, culture and tradition.

Must visit cities in Rajasthan

Travelling to Rajasthan? Plan with us!

Users views on What are Core Web Vitals? Why is it Important?