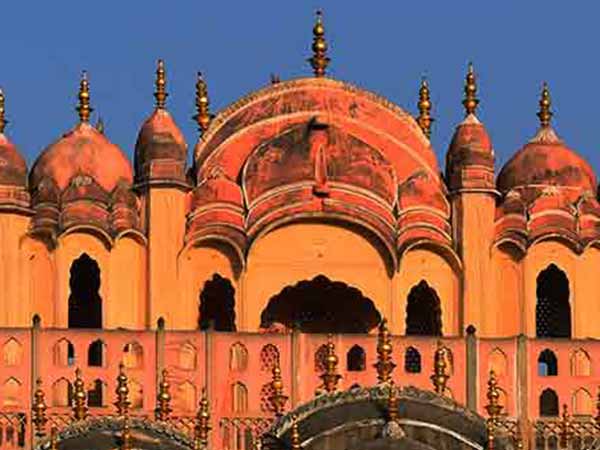 The Palace of Winds

The Palace of Winds 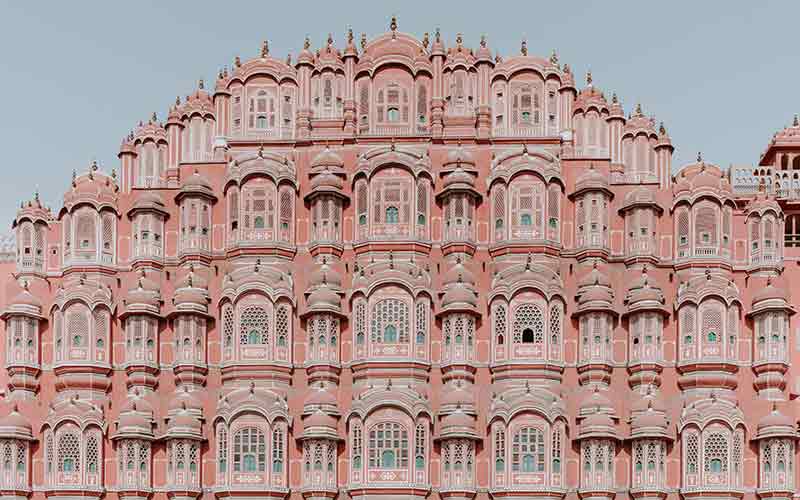 Hawa Mahal is a popular palace in Jaipur, located in Badi Choupal. It was built in 1799. It is called the Palace of Breeze because there are 953 windows in it which allow perfect ventilation of air. The place is very cool and unimaginably beautiful. It is a perfect place to spend a warm summer afternoon. It has been manufactured using red and pink sandstone and is an extension of the City Palace. It was constructed by Sawai Pratap Singh. He was inspired by the Khetri Mahal and hence got Hawa Mahal constructed.

The palace is a 5-story building. It is a pyramid-shaped monument. The height of the building is 50 feet. The first and the second floors have patios attached with it while the last three floors are a single room like a hall. When seen from the street, the front part looks like a honeycomb. The architecture of the windows has carved sandstone grills. It is unique in every way. The inner side of the back part has chambers with pillars and ornamented corridors. The rooms of the palace have marbles in different colors. There are fountains in the center of the courtyard. The Palace has been designed by Lal Chand Ustad.

The windows of the palace look like a honeycomb of a beehive. The small windows are called Jharokas and the architecture of each window is awe-inspiring. The windows are decorated with latticework. In the olden times, women had to follow the strict ritual of Purdah and the windows are also designed in such a way that the women can observe their daily rituals, customs, etc. without being seen from the street. The cool breeze used to cross-ventilate and the ladies then experienced the beauty of the climate to the fullest. The USP of the palace is that the back view appears as if it is the front view from the street. 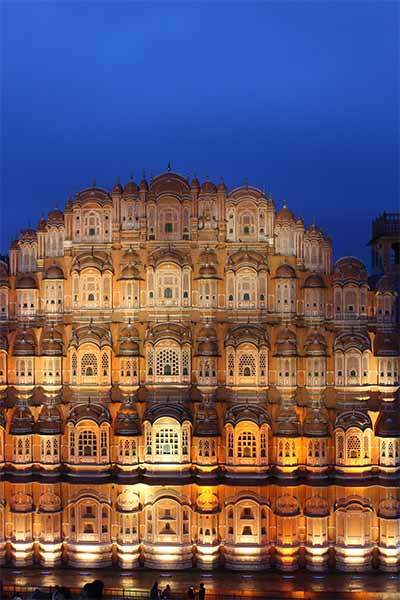 The palace is reminiscent of Hindu Rajput culture and Islamic Mughal architecture. The domed canopies project the influence of Rajput architecture and so does the floral patterns and carved pillars. The filigree work reminds the visitors of Islamic heritage. To provide a facelift to the palace, it underwent renovation in the year 2006. The government and the private sector came together to provide funds to make the renovation a great hit. The parts of the palace remind one of the exotic lives led by the Maharanis in olden times.

From the City palace side, the entry to Hawa Mahal is through the Imperial Door. The visitor will enter into a courtyard with double storey buildings on all the 3 sides.There is an archaeological museum in the courtyard. For Maharaja Jai Singh, the palace was like a resort where he loved to relax. He was charmed by the architecture of the palace. The top 2 floors of the palace are accessible through a ramp.

HISTORY AND CULTURE OF HAWA MAHAL

It was built by Kachhwaha Rajput ruler named Sawai Pratap Singh in the year 1799. He ordered Lal Chand Ustad to construct the monument as an extension of Royal City Palace. It was mainly constructed for the women then who has to follow the Purdah system. The ladies of Rajputs were not allowed to be seen by the public. The Mahal gave an excellent time to the ladies to enjoy the daily lifestyle, festivals, and rituals.

The top three storey’s of the Mahal were called Vichitra Mandir, Prakash Mandir, and Hawa Mandir. The Maharaja worshipped Krishna in the Vichitra Mandir and the Prakash Mandir provided an open terrace in both the sides. The top storey has a ramp for the palanquin of the royal ladies. It did not have steps. The Mahal was a true picture of royal life and culture.

The first floor was the Sharad Mandir and the second floor was named the Ratan Mandir. The exterior of the building is a grandeur but the interiors are much simpler.

The Mahal is located in Badi Choupal in Jaipur. It is to the south of the city. The city has an excellent rail and road network and is easily accessible from the capital city of India, New Delhi. The visitors coming to Jaipur are fascinated by the architecture of the palace.

The place is open on all days including public holidays and Sundays.

The locals/Indians have to pay INR 50 to get entry to the palace.

The foreign visitors have to pay INR 200 to access the palace.

The temperature in Rajasthan soars very high in summers. Thus, the best time to visit the city is during winters. However, the USP of the place is that even in hot and windless days in summers, the visitors can still feel the fresh air within the palace.

Travelling to Hawa Mahal? Plan with us!