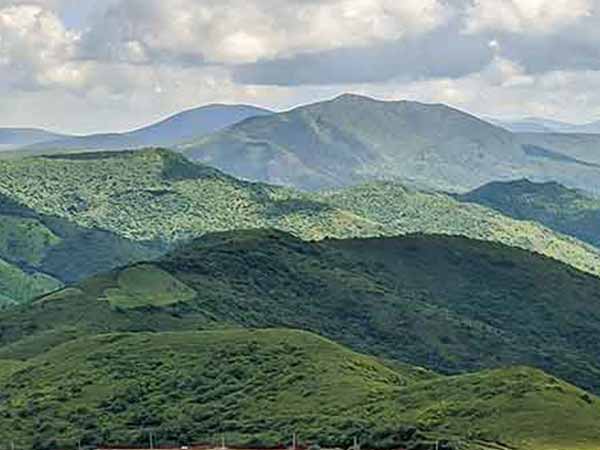 Religions which found a Home

Religions which found a Home 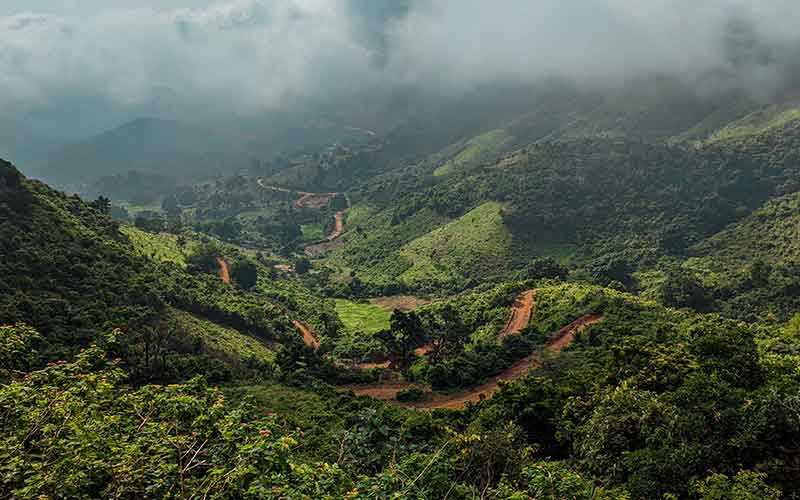 Bhubaneswar, the capital of Orissa earlier known as state of Kalinga. The earlier capital was cuttack, sister city of Bhubaneswar. It replaced Cuttack in the year of 1949 & one of the planned cities of Independent India. This city is known as City of Temple. Because there are almost 700 temples scattered around the city today even. Though this modern city had been built up in 1948 but it has got his presence & heritage in 7th century BCE. This ancient city is located nearby a place called Sisupalghar, erstwhile capital of Kalinga states.

The name ‘Bhubaneswar’ has been derived from the tribhubaneswara which means lord SHIVA.

‘Ratha Yatra’ is the most important festival in Odisha & Bhubaneswar. Apart from Ratha Yatra other festivals which are being celebrated with great enthusiasm are Shiva Ratri, Diwali, Durga Puja, Ganesh Chaturthi & Nuakhai. Kalinga Mahotsaba, the festival of traditional Martial art is being observed in the month of January in Bhubaneswar. International literary festivals are also held in the month of December & Jauary in Bhubaneswar. Traditional attire for women is Saree & for men is Dhoti Kurta. Sambalpuri silk is very famous there. The main language spoken here is Odia, though Hindi & English are well understood by most of the people here. Bhubaneswar tourism attracts lots of travellers & tourists during ‘Ratha Yatra’ & Sand Art festival.

Bhubaneswar is broadly divided into two parts. Old Bhubaneswar or Southern part of the Bhubaneswar where most of the temples are located with congested areas & narrow roads. It will give someone a nostalgic feeling. Some of the well-known colonies which are part of old towns named Rajarani Colony, Pandaba Nagar, Brahmeswara Bagh, Lingaraja Nagar, Gouri Nagar, Bhimatangi & Kapileswara. Popular market places are Saheed Nagar, Satya Nagar, Bapuji Nagar & Ashok Nagar which are mostly centrally located in between South & North Bhubaneswar. Northern part which is continuously developing & spreading the city landscape are Chandrasekharpur, Nayapalli & Joydev Bihar.

This temple had built during Somvanshi dynasty. Later Ganga ruler made some changes & addition to it. The main central tower is about 180 ft tall. Structure is made with sandstone & laterite. There are almost 108 temples in the same complex itself. If you want to visit the idol from proximity you need to visit the temple from 6:30 to 9:30 in the evening & from 2- 4 p.m. in the afternoon. This is among the most important tourist places in Bhubaneswar specially for those who are fond of temples & its’ age -old architecture.

The name itself says that it is the Garden of heaven. This 50-year-old zoo is a spectacular place for the collection of animals, reptiles & plants as well. It spreads over 1100 acres of land, very nearby of Bhbaneswar main city. The main tourist attraction of this zoo is White Tiger. The first white tiger was born in 1980 in this zoo. Today this zoo is having the largest population of White Tiger in India. It is the first zoo from India to become the member of the World Association of Zoos & Aquariums (WAZA). There are almost 1700 animals of 166 species which includes 67 species of mammals & several other species of birds & reptiles. Nandankanan is the first zoo in India where successful breeding of Pangolin happened. This zoo is having 34 Aquaria & a huge spectacular orchid house which attracts the tourist in large number every year here. Another rare aspect of this zoo is, it is having nocturnal house for creatures that can be seen in low light or in night only. There is a huge dedicated collection for Indian & foreign birds as well.

Though it is the place for the devotes of Gautam Buddha, but lots of common tourists visit this holy place every year because of its tranquillity & historical value & makes it one of the important tourist places nearby Bhubaneswar. This Shanti Stupa was established in the 3rd century B.C on the bank of Daya river. It is believed that after a bloody battle (Kalinga War), when Samrat Ashoka was sitting at the top of this hill he could see only red water in the flow of Daya river which is nothing but the blood of so many deaths happened due to that war. That pathetic view changed his mind drastically and he left the swords & became a diehard Buddha devotee & followed Buddhism for the rest of his life. So, Shanti Stupa on this hill made in the memory of that transition of Samrat Ashoka by the Japan Buddhist Sangha.

There is a carving of a head of an elephant emerging from the rock which marks the place where the transformation of the mind of Samrat Ashoka happened. There are 5 umbrellas like structures at the dome of the Stupa which signifies the 5 essential parts of Buddhism. There is a temple of Dhavaleswar at a short distance from this Shanti Stupa. One can witness numerous numbers of rock cut monuments in this Shanti Stupa.

India’s first blue flag certified beach which is located just 3 km away from Konark Sun temple. This Blue Flag means environmentally friendly clean beach with international standard. You will find a lighthouse close to this beach. This beach is known for its tranquillity & serenity. It will give you a peace of mind. It is a must stop destiny for the tourists who are travelling from Bhubaneswar to Konark Sun temple. This white sand beach is known for Rising Sun. Though it is little difficult to witness the rising sun from this beach. If you really want to see the Sun rising from here, you will have to stay in nearby hotel or guest house. This beach is having some religious value & one of the best tourist places for meditation. It is a pilgrimage site for Hinudu devotees. A large amount of people gathers here in the month of February during Chndrabhaga Mela.

Konark Sun temple which was built in 13th century by Ganga dynasty. This World Heritage site declared by UNESCO is the most important tourist place in Orissa. It attracts tourists not only from India from abroad as well. It is believed to be one of the parts of Golden triangle.  Another 2 points of Golden triangle are Jagannath temple & Lingaraja Temple. This historical temple is dedicated to Hindu God Surya (Sun). It is located on the coastline of Bay of Bengal, 65 km. away from Bhubaneswar. Though it has been almost destroyed, still someone can easily understand what was there actually once it was in its’ original shape & structure. The cause of the destruction of this architectural master piece is a controversy itself. It is being partially restored by Archaeological Society of India. This temple is also known as Black Pagoda. The name ‘KONARK’ is a combination of 2 Sanskrit words, KONA(Corner) & Arka(Sun). This was originally a structure of a chariot driven by seven horses. One can see the giant wheel now even.

The famous Udayagiri & Khandigiri caves are in the south west part of Bhubaneswar & among the top 3 tourist places in Bhubaneswar. There are many rock-cut Jain & Buddhist cave in the vicinity of these caves. All these caves were built during the 1st century BCE. It is believed that all these caves were built as the residential place of monks during those days. These two caves having immense historical & archaeological importance. These caves are a picturesque amalgamation of Natural & artificial ones. Udaygiri & Khandigiri are having 18 & 15 existing caves respectively. There were a greater number of caves while it had been built up by the king of Kharavela. One can find different types of inscriptions on the wall of the caves which will give the real feel of age-old caves. Among all the caves 2 storied ‘Rani Gumpha’ is the most famous one in Udayagiri. Other important caves are Hathi Gumpha, Ananta Gumpha, Ganesha Gumpha, Jaya Vijaya Gumpha, Mankapuri Gumpha, Bagha Gumphga & Sarpa Gumpha.

The 10th century Shiva temple is one of the major tourist places in Bhubaneswar. This temple has got the importance of studies in Hindu temple history. The decorative ‘Torona’ archway of this temple makes it unique from another contemporary temple in the city. One of the attractions of this temple is Ekamra Heritage Wall. Mukuteshvara means “Lord of Freedom”. Though this temple is dedicated to Lord Shiva, but one can find several Hindu deities like, Sarswati, Ganesha & others.

Apart from these places there are other famous temples like Rajarani temple, Ananta Vasudeva temple who are having equal importance of architectural heritage in Bhubaneswar.

This heritage craft village is known for handicrafts & arts on natural resources. Raghurajpur craft village is located nearby Puri. It is on the way from Bhubaneswar to Puri. It is the birthplace of famous Odissi dancer Guru Kelucharan Mahapatra. The most famous craft is ‘Pattachitra’. It is being hand crafted either on clothes or dried palm life. This distinguished art work is going to increase the view of someone’s drawing room.

When you are visiting Bhubaneswar, you must have traditional Odia foods & Odia sweets. One must try ‘Prasadam’ which is being served on banana leaf at Anant Basudeva temple in Bhubaneswar. If someone is visiting Bhubaneswar during summer, must have food is ‘Pakhalla’. There are 2 types of ‘Pakhalla’, one is fresh rice dipped in water & another is fermented rice. It is being taken with ‘Bori Chura’, another Odia delicacy. Along with Bori Chura other Odia traditional dishes are ‘Patropora’ & Dalma. There are some good Odia food joints across the city where you can have it & enjoy. Different types of fish preparations are also part of Odia culinary. Another mouth-watering preparation for non-vegetarian is ‘Handi Mutton’. It is being prepared in clay pot. ‘Patro Pora’ is one of the famous & must have Odia delicacy. Apart from these main courses let’s have a look on famous Odia tiffin/snacks items. We have heard about Dahi Bada, but In Orissa Dahi Bada is being served with either ‘Ghugni’ or ‘Alur dom’. And it’s unique in taste, it can’t be found anywhere in India. One must try this Odia snacks. Different types of charts are also available with Odia traditional touch. And people really like it. Apart from these, Odia sweets are also famous. The most unique & famous sweet is ‘Chena Pora’, it is cottage cheese burnt from every side. Rasgolla is also famous here. At one point of time there was an ownership fight between Bengal & Orissa regarding the origin of Rasgolla. Some places where you can relish your taste buds are Trupti, Kanika, Dalma, The Odisha Hotel etc. One must try Lassi at Lingraj Lassi in Shahid Nagar. Here Lassi is blended with rabri, coconut & dry fruits.

The best time to visit tourist places in Bhubaneswar is between November & February, otherwise most of the times it is hot & humid weather. Bhubaneswar has become one of the important trading & commercial hubs in Orissa & eastern India as well. This city is known for its’ traditional handicrafts, silver filigree works, stone/wooden works & painting on natural resources. Apart from Odia people there are good number of people who had migrated from Andhra Pradesh, Bihar, West Bengal & Jharkhand. Odia people leads a very simple life & very good by heart. So, come & enjoy the heritage, architecture & simplicity of this ‘Temple town’. Bhubaneswar Tourism will give a joyous memory. One can reach Bhubaneswar by Flight, train & road from any corner of country. This city is very well connected by all these 3 modes of travelling.

Travel to be lost amidst the Heritage & Architecture

Other Cities in Odisha

Travelling to Bhubaneswar? Plan with us!