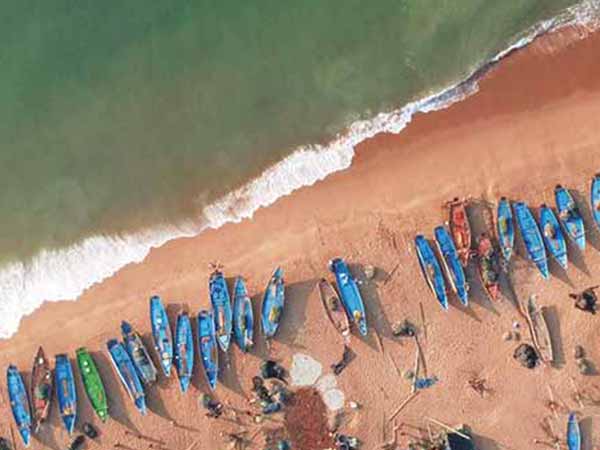 Puri, The Gate Way of Swargadwar

Puri, The Gate Way of Swargadwar 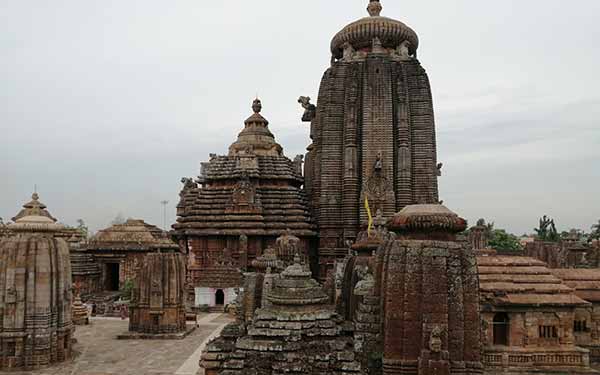 Puri is one of the holiest places in India and is a highly underrated and underappreciated tourist destination. Close to the capital city of Odisha, Bhubaneshwar, the city is a very peaceful getaway for families. It is an ideal destination for those who want scenic beauty and a coastal atmosphere together. Puri is the ancient coastal land of “Jagannatha dev” and is also known as a sacred pilgrimage spot. Being a pilgrimage place, it is encompassed various temples which are famous for Hinduism and great architectural beauty.

The “Puri” name is related to “Lord Jagannatha”. In ancient India, Puri is known as “Sri Kshetra” and the temple of Jagannatha also had a local name “Badadeula. Puri and the temple were attacked by the Hindus and the Muslims from the 4th century to the 19th century. But till the early 18th century it was under the Mughal Rulers. Thereafter Marathas cloven Odisha into four districts. In the year 1803, the British captured Puri till the year of Independence(1947). The British divided Odisha into two districts(North & South). After that these two districts became united and Puri was announced as the capital of the state till the year 1816. In the year 1828, the area was divided into three regions named-Katak, Balasore, and Puri. Puri was established in 1948, after the division of Odisha from Bihar.

It is a coastal city in India along the Bay of Bengal. It is 67km away from Bhubaneswar. It is the municipality and district headquarters also. In the British period, Puri was divided into two parts(North & South). Puri was announced as the capital, in 1816. Then it was separated again and lastly, Puri was established in 1948.

The presence of the sea has a Moderate Tropical Climate with high humidity over the year.

During the Winter season comfortable and enjoyable weather. It is also the perfect time to visit the attractive beaches.

During the rainy season, Puri witnesses heavy rain with thunderstorms. Sometimes accidents occur on the beach due to high waves.

Summer is difficult to visit the Puri. If plan the tour in Summer, it will not be comfortable. Besides this, you cannot enjoy the sandy beach in extreme heat.

Culture and heritage of Puri

The culture of Puri city is considered the norm of Odiya society. Puri is famous for the Jagannath temple all over the world. Puri culture is established based on Jagannath temple which is a combination of different Indian worship with Vaishnavism. The flourishing heritage of Puri is illustrated on several occasions. It has a strong religious view. The impotant festivals are Ratha yatra, car festival, Chadan snan and Snan yatra. Apart from this handloom appliqué, handcraft and architecture are the pride of Puri culture. Another sign of its culture is the mindblowing “Odissi dance”. Rehearsal has been continued over the year for this dance. The local dance of Konark is also famous. Besides this, the Patta work, shell crafts, and stonework are also various cultural heritage of this religious land. Puri is rich in cultural heritage. Odiya is the main language but Bengali, Hindi, and English are also appreciated. There are some museums and libraries which carry documents of the ancient cultural heritage of Puri.

Its economy mostly depends on the tourism industry. But local people earn from private service, Govt. service, and temples. Apart from this, some agricultural products like rice, vegetable; dairy product like ghee, and the fishery industry are also the source of income. But nowadays newly growing industries are also added to increase economic growth.

Now, we know a little bit about Puri. If I discuss tourist spots of puri, it will be a long list to visit. But you can choose the 10 most popular spots. Let’s see these spots at a glance.

The Jagannath temple is reputed for its architectural value. Puri is related to “Char Dham yatra” and the temple is a part of this. The temple was built by Indrayumna. If you miss the “maha Prasad” of this temple, you will miss a lot.

Its distance is about 7km. from Bhubaneswar. This cave was built by Kharavela in the 2nd century BC. This place was a witness of the Kalinga war which was fought against Ashoka’s soldiers.

The beach of Puri is one of the biggest attractions for visitors. It is located in the east along the Bay of Bengal. You can see some structures made of sand on the beach. Besides this don’t miss the seafood.

It is the biggest salty lake in Asia. It is almost 50km. away from Puri city. The ambrosial green scenic beauty and a huge number of birds who are migrated in the winter season make this lake more romantic and attractive. You can enjoy boating.

This beach is famous for its spellbound sunset. It is an ideal place for newly married couples with some food and coffee.

This museum is established by Sudarshan Sahu. It is an architectural place. It is the perfect place for that tourist who gives priority to architecture. You have to appreciate the traditional sculpture which is revealed here.

This artistic town of Puri has situated 40km. away from Puri. Applique handicrafts are very popular here. Most families are dependent on this handicraft.

This bridge is an awesome time-spending spot for tourists. It gives a fantastic view of the “Lord Jagannath temple” and the pride of incredible arches. It is the perfect place to interact with nature and relaxation.

This beach is located quite far from Puri city. If you come to this place you will witness a romantic and magnificent sunset.

This beach was reputed as Chandipur beach also. But maximum tourists have no idea about this beach.

Astaranga is known for its attractive white sand. It offers you a mesmerizing sunset. You can snap its picture but the internal feeling is much better than snapping.

Puri is famous for its different kinds of seafood and cost-effective variant dishes. If you are a foodie person, you should go to Puri.

Here I have tried to enlist some various dishes of Puri.

I think you can guess the food by its name. Yes, it is just like the khichdi but Odiya version. The dish is cooked from rice and lentils in ghee. It is served to Jagannath dev as “Mahabhog”.

It is a very famous sweet here. The sweet is so crunchy to eat. Khaja is one type of bhog among “Chappan bhog” dedicated to the Jagannath.

Being a seaside city, Puri is known for seafood. Chungdi Malai is a prawn preparation made with the addition of coconut milk. Besides these crabs, fried fish is also taken as a delicious dish.

Chennapoda is a deliciously sweet, dedicated to Jagannath dev as his favorite sweet. It is made from cheese, semolina, and sugar syrup.

Santhula is a healthy and nutritional food for vegetarians. It can be taken with rice or chapatti. It is just like curry made from brinjal.

It is the most wanted dish on all occasions of Puri. It is just like a cake made from rice- flour batter, sugar, cardamom, sweet fruits, and palm syrup.

Puri is the place where you can shop as your choice. There are many street shops just 5 minute's walk from the beach at Swargadwar. Puri is reputed for its conch jewelry and kotki print. The dresses for both males and females are equally famous for kotki print.

Other Cities in Odisha

Travelling to Puri? Plan with us!