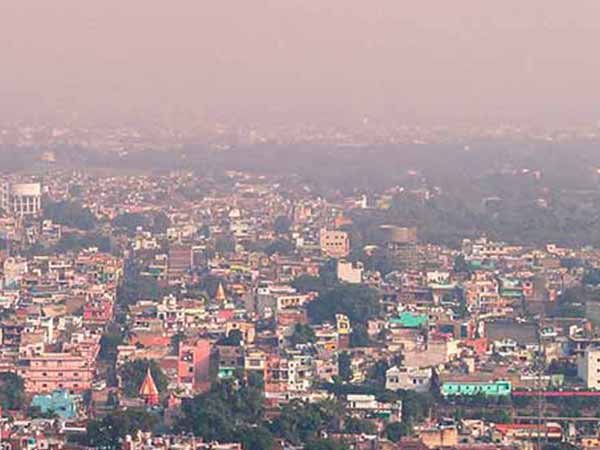 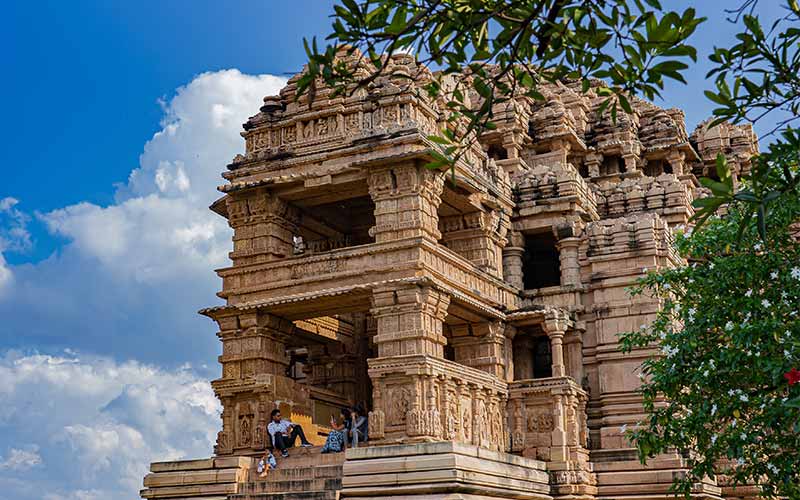 Remembering a beautiful rendezvous, Gwalior is a city in northern Madhya Pradesh, which lies in central India. Surrounding 120 kilometers south of the city of Agra, Gwalior is a cultural, economic, and social center known for its medieval rock fortress in the city center. This lovely city has several names, including Gopa Parvat, Gopachal Durg, Gopagiri, and Gopadiri. Malanpur - Bhind, and Banmor – Morena are the main industrial and commercial zones surrounding Gwalior. The city is considered the tourism center of Madhya Pradesh and a major city in central India. It was previously the capital of governing rulers such as the Pratiharas, Kachwahas, Tomars, and Marathas, who left their imprints in the shape of palaces, forts, temples, and other buildings that give Gwalior its distinct attractiveness and face. Gwalior is a major industrial and commercial center that distributes agricultural products, textiles, building stones, and iron ore. Gwalior also boasts a zoo, many museums, a prominent technological center, and an industrial research facility.

Today's Gwalior was the heart of the Gwalior princely kingdom known as Gopgiri or Gopadri at the time. The main hill upon which Gwalior's fort is situated was named Gopachal. The Nagvansh clan settled in the starting from the late second century, with the administrative center at Vidisha, although Bhimnag finally shifted the headquarters to Padmavati (modern Pawaya). Coins reflecting the political power of the Nagvansh clan have been recovered here. Later, the Sindhia family, a Maratha dynasty that ruled most of northern India in the second 1750s. Ranoji Sindhia created the groundwork for the Gwalior kingdom in about 1745, and the empire reached its zenith under Sindhia Mahadaji. Madhya Pradesh was founded in 1948 when the states of Indore and Gwalior merged with a few others.

Gwalior, Madhya Pradesh, is composed of three parts, known as Morar, Old Town, and Lashkar. Each of the city's three districts has a unique persona. These areas, particularly Old Town and Lashkar, have a plethora of tourist attractions.

Morar, a Gwalior suburb known colloquially as the Gwalior green belt. This is because it is made up of a range of rural areas. It was formerly a great city in its own right. This part of the town lies a few kilometers east of the Old City.

Morar was a British cantonment during the Colonial period. It was the epicenter of India's most significant revolution. By the year 1900, Morar in Gwalior had evolved into an important commercial center. Morar is a densely inhabited area in the Cant region. The Indian Army's official home is in this portion of Morar in Gwalior. Gwalior's Morar district is home to India's second sun temple. This sun temple is located on Residency Road. This temple is well-known among pilgrims who visit Gwalior.

The Old Town, located to the north of the world-famous Gwalior Fort, is one of Gwalior's districts. It is one of the city's most popular locations because it is home to a few historical sites. The Jami Masjid is a famous tourist attraction. In 1661, Mutamad Khan, a Ruler, created this historical monument. The structure is made up of tall structures, golden domes, and white and red sandstone variants. The Tomb of Mohammad Ghaus is one of Gwalior's Old Town attractions. This monument may be seen in the eastern quarter of Gwalior. This tomb was built in memory of a saint who practiced Sufi Islam. After supporting Babur in conquering the Gwalior Fort, this guy ascended to fame. It first appeared in the seventeenth century.

Lashkar is a Gwalior neighborhood located a few kilometers south of the well-known Gwalior Fort. The Old Town was built in 1809 by the renowned Daulat Rao Scindia. This Gwalior neighborhood has a few tourist attractions. The Jhansi Rani Memorial lies southeast of Gwalior Fort. This place has been designed to honor Laxmi Bai, who devoted her life to India's liberation. The Jai Vilas Palace and Museum were one of Lashkar's major Gwalior tourism destinations. The Moti Mahal is one of the major places for Lashkar in Gwalior. The area's principal attractions are colorful glass décor and excellent works of art coupled with Hinduism mythology.

Music: Tansen and Baiju Bawra have an unequaled reputation like the town of music, Gwalior. They are loved and celebrated in the Hindustani classical music industry. Gwalior City celebrates the Tansen music festival every year to commemorate this most dazzling star in the sky classical Indian music.

Dance: Gwalior has a strong performing arts legacy that reflects eloquently the wealth of heritage and lively culture of residents. The many Gwalior dances highlight the distinctive features of Gwalior's social and cultural dynamics. Some dances are based on the tradition of ethnic people and others are based on the current method of expression. Gwalior's three primary dance types are Ahiri, Baredi, Yadav, and Sahara.

Poems: In the brightness of their heavenly abilities, Gwalior also basks in the art of folk poetry. The magnificent past of Gwalior is depicted in poems and passes on intelligent and philosophical notions using the media of poetry. The two major Gwalior poets are Ghag and Jagnik who are still deserving of recognition for their great contribution to folk songs. During the 11th and 12th centuries of Jagnik, Alha Khan and Parmal Rasus' accounts showed the brilliance of the peasant fighters at this time. Ghag, whose caustic humor and simple and sophisticated compositions are recognized largely.

The fort is considered the Gibraltar of India and several leaders have hailed architectural design and tenacity at different times of time. It is located on a hilltop with the town on all corners, the fort is a highly vibrant fort that is linked to many of the urban routines.

Muhammad Ghawth was among the finest Sufists in his day and the mentor, Tansen one of the Navratnas of the Akbar court. In the enclave are also the Samadhi of Tansen. The location for the Tansen Music Festival also acts as the site.

This enclave is a favorite place for school pupils to picnic and beat the summer heat for the people of the town. The garden contains a wide network of stone springs, with magnificent splendor. The garden links Moti Mahal, a Scindia medieval palace that acts as a commissioner's office and includes a magnificent mural gallery. The BaijaTal, one of the favorite sites for cultural activities, is also connected to this. The location also comes with a yacht club and a variety of culinary businesses.

Together with Tatya Tope, Rani Lakshmibai remains the inspiration for the general population as one of the most respected liberation warriors. Phoolbagh hosts an annual trade fair in her memory. It is named after the most significant route in the city. Next to the Samadhi are PhoolBagh and Ambedkar gardens, a Rendez-Vous for both residents and visitors.

The city's zoo is famous for its adequate animal care and treatment. The zoo is well-recognized for its exceptional animal health. Krishnamrigs (Blackbucks) and Tiger Cubes are the primary attractions of the zoo.

The temple is a copy of the famous Konark Sun Temple and is dedicated to the Sun deity Vivaswan. White marble and red sandstone are primarily used in its construction. It was constructed by G.D. Birla, one of the country's leading industrialists in 1988.

It is one of the oldest temples in the city and is one of the largest shrines in the city. Lord Shiva is dedicated to the temple and on Mahashivratri's day, a major fair is being organized which covers both the town and its villages. The temple is governed by Devsthan's trust, and Monday prayers provide insight and a chance to receive attention throughout the month of Savan.

Perhaps one of the city's most famous temples is these two temples. The Mandir is loyal to Krishna Lord, and the Sanatana Dharma Mandala is the most important religious organ. Lord Shiva's devotion to the temple of Achaleshwar is a love for devotees from all around. Now the faith of the temple in commemoration of Ganesh Chaturthi is recognized for its unequaled enthusiasm and splendor.

Many visitors who wish to experience the peaceful ambiance of a place of worship visit the famous Gurudwara. The gurudwara has several pilgrimage facilities around the country. The present Langar offers all visitors to the hallowed location complimentary food. Another prominent gurudwara is in the Nadi Gate neighborhood of Phoolbagh, from whence you may catch a bus to the most recognized temple on the hills.

Gwalior is a dream for vegetarian food lovers. The neighborhood is particularly famous for its wonderful breakfast of kachoris, samosas, Bedai, and potato curries and chutneys. Sweets like jalebis and rabbi are included in the morning meal. Poha, the flattened rice dish is one of the main breakfasts of spicy Namkeens which is once again a reputable local specialty. You may also sample the gazak, sweet, jaggery, and til dish, which is popular in winter.

Gwalior's Annual Fair: You can enjoy both local culture and shopping when you visit the famed Annual Shopping Fair in the winter.

Din Dayal Center: It is the largest retail center in the region for shopping for household items. It is also the favorite site among the young people of the city.

Heritage Walk: The Fort of Gwalior is centrally positioned and must be seen in all its splendor. Scindia Schoo, Data Bandi Gurudwara Chorus, Mansingh Palace, and other places are part of tourist sights.

Shop around Maharaj Bada: Both the main shopping center of Gwalior and the neighboring villages are the Maharaj Bada. It is a multi-product market that is used as a single market for items with various lanes and bypasses. Several government facilities with various beautiful architecture live in the neighborhood. Each construction was designed from the romanesque to the Mughal architectural home in a particular fashion. There is also a good reputation for the street markets and streets.

Water Sports: A nearby Tighara dam provides the city with water. A variety of water sports activities is offered for travel enthusiasts by the tourism company. A popular picnic area for families and businesses, it gathers a huge crowd, especially on weekends.

A splendor with a stunning hilltop fort

Other Cities in Madhya Pradesh

Travelling to Gwalior? Plan with us!